There be changes on the horizon! 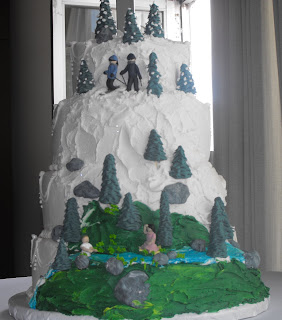 The hot boyfriend and I are nearing the 10 month mark. Big changes have taken place recently as Ames surprised me with home expansion plans to make room for the three of us... another bathroom is a must, as well as one of those spiffy endless water heaters. Two teen girls equals a lot of showering:) The plan is to expand the second floor of his house over the entire first floor. I'm elated to say the least!

This isn't something that's happening tomorrow, but soon. We are in the beginning planning stage whereupon we are thinking of all of the clever and cool things we'd like to add; drawers in the wall instead of needing a dresser, skylights, recycled wood floors, etc. The kids are all on board with the idea as well, which is fantastic. That they feel comfortable with living together is an absolute must.
Tasha is excited that our cat Oreo will live there as she's been bugging her dad for one for just about forever. She says on the first official day she plans to announce, "I win...bwa-ha-ha!". But ssshhhh, he's not supposed to know this:)

To spend the rest of my life with this fabulous man who rides carts in the parking lot and reaches for my hand whenever we're out and about... I can't imagine it getting any better than this.

Pictured is my latest cake--- Traditional wedding cake on the front, sculpted mountainy looking on the back. Ames helped out by adding icing snow to the trees. AND carried all of these massive layers up to the third floor of the history museum where the party was. What a guy!
Posted by Unknown at 9:53 PM No comments: 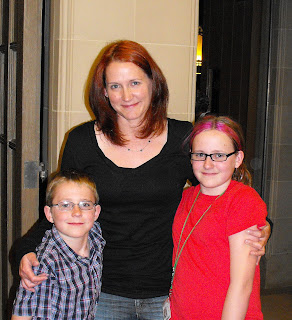 My daughter is about to turn 13... THIRTEEN! Where did the time go?? I always teased my mom for saying that. Now I get it.
Kiera is finishing up the 7th grade. This fall she switches over to Morey Middle School (right by Wax Trax---cool!) and enters their HG program....cuz she's "smrt":) I won't miss the lengthy commute to the old schools, but am glad I chose to keep them there.
After Morey, Kiera heads to East H.S., which is an amazing school by Tattered Cover (lucky kid!) off of Colfax. I did my research--- that school rocks! She'll benefit from having Tasha there (Tasha is Ames' daughter and she'll be a Junior then) to pal around with. Nothing like having an "in" when hitting high school!
I hope Kiera discovers theater like I did. I think she'd love it as she's so creative. I didn't act; I built and painted and ran the lights. I loved every second of it and made some incredible lifetime friends.

Joshua (now 9) also starts a new school-- he'll be entering the 4th grade at Edison, which is up near the 32nd and Lowell stuff. I see many a trip to Happy Cakes and House of Commons in my future. He'll go to school with Ronin (Ames' other spawn, who happens to be in the same grade and age as Joshua). I can only imagine the havoc those two will wreak if put into the same class. Oh Lord.
I'm debating whether to keep Joshua on his beloved soccer team out in Aurora or switch him to a new team in Denver. His current team and coach are just wonderful. Not only did they kick butt this past season (undefeated baby!!) but the boys have really come together and play as a cohesive unit now. Joshua LOVES soccer. Right now it seems totally worth the drive a couple times a week to take him over there for practice.
Joshua is now 4 1/2 feet tall and thrilled he can finally ride the big rollercoasters. This boy has no fear.

I had a deal with my kids that if they got A's and B's at the end of the year, Joshua would get an Xbox 360 and Kiera would get an Ipod Nano... I've had the Xbox stashed for about a month now--- along with several games and extras. The jury is still out on the Ipod, but I think she's gonna make it. I wonder what color she'll choose? I'm betting purple or hot pink:)

I am quite blessed to have such wonderful children. Watching them become more independent is a thrilling ride... I just hope it doesn't go by too fast.
Posted by Unknown at 3:49 PM No comments: